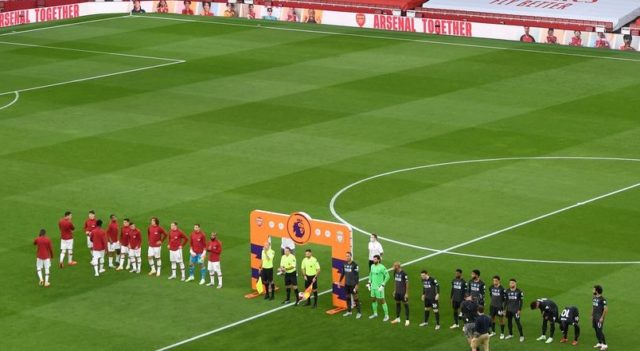 It’s finally time for the new season to begin and Arsenal will travel to Selhurst Park to kick things off, so let’s take a look at the predicted lineup.

The Gunners have had a campaign of ups and downs in the recent past but are still outside the top 4. It is a commendable effort for a squad that possesses a lot of young talent and therefore, 2022/23 promises to be even more attractive.

With the departure of Bernd Leno, Aaron Ramsdale is the new No. 1 and will build on his great first season. As for the full-backs, we should see Ben White on the right and rookie Alex Zinchenko on the left.

There is some excitement among fans for the new player joining the central defence. William Saliba should finally make his debut for the club after signing for the club back in the summer of 2019. The Frenchman will have Gabriel’s trusted presence with him.

In the center of midfield, the usual duo Thomas Partey and Granit Xhaka will start. The duo will play a key role in keeping their place and when Arsenal last faced Crystal Palace, midfield allowed too many chances.

Martin Odegaard, the new captain of the club, will be a creative fulcrum and start in the position of an attacking midfielder. His ability to drop deep and assist defensively gives them a lot more flexibility and that can be helpful in finding balance.

On either side, the North London team will have the presence of young and vibrant Bukayo Saka and Gabriel Martinelli. These two have the ability to change the game in an instant and the duo will look to do so against the Palace defence.

And ahead, is the big signing of the summer, Gabriel Jesus from Manchester City. Not having a clinical attacking player was a big deal for Arsenal last year and the arrival of the Brazilian will change that. There is still a long way to go until the end of the season and Arteta will hope that his players can get off to a good start.

Read more: Roy Keane insists Arsenal are not a threat this season